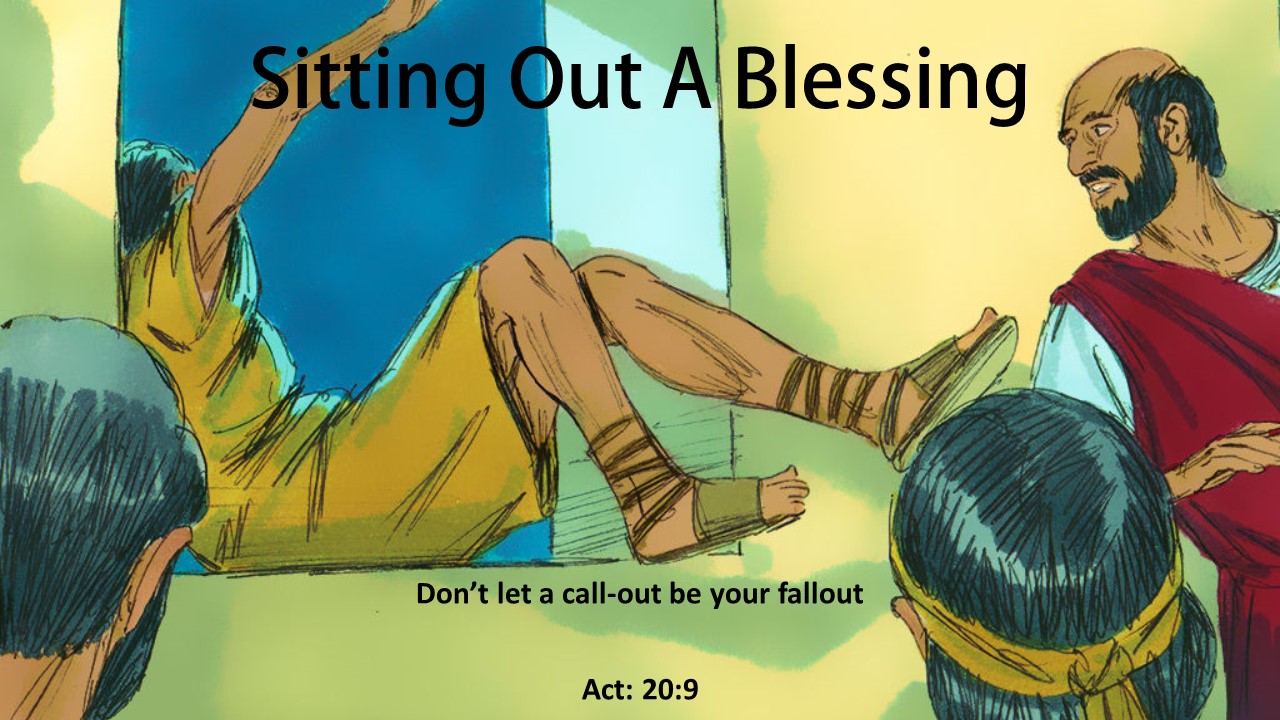 We often hear about blessings this and blessings that. We’ve come to expect the Lord to take care of us in miraculous ways. Phrases like “the devil is a liar” often are touted to describe how our blessings narrowly missed us.

God does not bless a disorderly closet

If we don’t have ourselves in proper order, often times, we miss seeing the blessings that were set in place for us.

That said, not all moments in which we miss our blessings, can we say we’re totally at fault. We’re responsible for being ready to receive our blessings. The rest… is up to God.

The foundation for the sermon that was delivered on 10/13/18 rests in Acts chapter 20. The first portion. Below is a summary of the main points inside the sermon.

Sitting Out A Blessing

For those visiting this page and aren’t familiar with the main story, here’s a quick rundown which sets the stage for this topic today.

Eutychus was a young man who heard that the Apostle Paul was visiting his town, Troas. Along with several of the believers, they came together to listen to the teaching of the itinerant minister who was on his way back to Rome.

As the gathering, on the first day of the week, drew towards the night, the temperature in the upper room grew hot, as there were many candles lit. Eutychus, feeling sleepy, decided to sit on the edge of the “window”. Before long, he fell asleep… lost his balance… and fell to the ground and passed away.

Paul rushed down to him, announced to the gathered crowd that the young man, who appeared dead, was alive. There were doctors, one of whom is Luke, present who testified to the passing away of the young man.

After the miracle, everyone returned upstairs, ate, resumed the meetings through the night. At daybreak, they concluded their meeting and the young man was warmly accompanied by his family.

Several Biblical scholars have made their points clear on the spiritual lessons to be drawn from this story.

In the sermon, a few of these points were brought forward into the modern era language so that the youth in attendance can take some valuable lessons as well. It’s a youth day, after all. However, the lessons also applies to the church in general.

Before any reader signs off, with the thought that the lessons don’t apply to them, don’t be so hasty. There are real life applications here for everyone. This blog, being focused on parents, will draw a few parallels for parents as well. 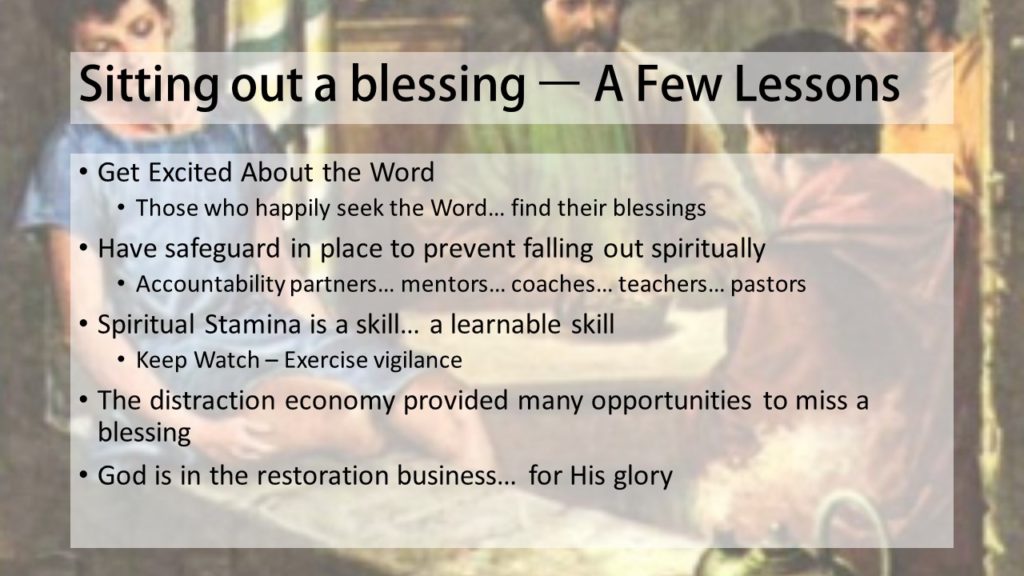 Taking a page from the experiences as a motivational speaker, there are a few things that stand out from the passage and the commentaries about this passage.

Get excited about the Word

When the Apostle’s arrival was announced, many were excited to hear teachings from one of the church’s founders. They rushed in.

Reminiscence of how many people get excited to go to a party… or get excited about the news of a coming baby to the home.

It’s with logical reason, of course, that new expecting parents are very joyous about the news of their coming baby.

We don’t hear much about the excitement that comes for learning how to raise that child correctly. We don’t hear that same level of excitement about teaching that coming child the moral values of the family.

Often times, we attribute the word “boring” to church, to school, to moral soundness. With that mindset as the foundation, it’s no wonder many people do not invest properly in the formation of their beliefs, let alone the transmission of said beliefs to the next generation.

To the parents who have done their due diligence and continue to stay focused on their task, you’re not alone in your passion for creating world class citizens.

Eutychus had made a single mistake. It ended up costing his life. He sat out his blessing by himself. In other words, he didn’t have his lookout watching his back.

One way to frame this, let’s look at how soldiers carry out their night watch. They seldom keep watch alone. They have someone who they keep in touch with, have radio checks with… when situations allows. They also have someone they rotate with.

There are degrees of truth there. However, this blog is pushing forward another line of thinking. Had Eutychus asked someone to keep watch with him, there would have been a degree of accountability to help him not fall out of the window.

Where were the rails to prevent a fall? It was a different era. No glass in the window, no sill to act as a backstop, just a hole in the wall. People depended on their own vigilance and that of an accountability partner to prevent falls. Someone to say… “hey… don’t fall asleep too close to the window”.

People will get sleepy. That is inevitable. Parents can’t both be up 24/7 watching a newborn. They will have better results if they not only tag-team the duties of baby watching, but also enlist the help of others. Grandparents, daycare, babysitters, friends, and others who can be trusted are useful resources to watch the baby safely.

It really does take a village to raise up a child

Eutychus experienced his fall because he sat out on his own. His blessing passed him by during his sleep.

One can only imagine what could have caused his lack of support… could others have had a falling out with him and were leaving him to his own? Speculations of course. What we know, the group was together focused on the lessons being shared while Eutychus managed to quietly sit out and fall asleep unnoticed until he fell.