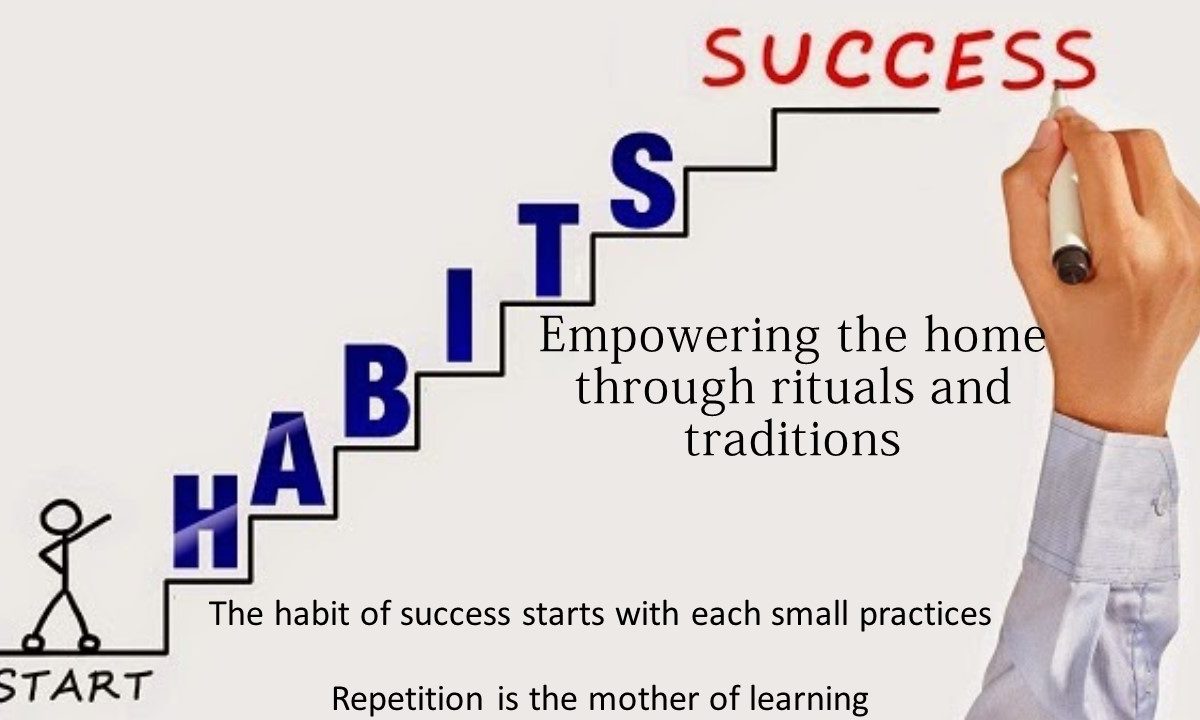 When I was a child, my parents wanted me to understand the importance and power of prayer. Each time at bedtime, they would have a prayer routine with us. Some of the bedtime stories focused on other children who benefited from having a prayer routine. At the time, we were living in a rural setting where many wild animals could be heard in the distance.

Nothing like the roar of a lion to get the mind running wild with speculations. So, instead of letting us worry, our parents used these moments to build the ritual of prayer. One story has stayed with me many decades. Sometimes, when I am tempted to forget to pray, the story manages to surface back from memory.

The story, in summary, goes like this. A little village girl found religion and her parents were extremely upset with her choice. To punish her, they made her work extra chores. One of them was carrying water a few miles from the village. Usually, the older children did that chore. Now it was hers. Worse, the other village children shunned her and made her life miserable for finding religion.

Her spiritual leader had insisted that she always show proper respect to her parents at all times. Just like she would when praying, by kneeling. She took the words to heart. Her prayers were always done while kneeling, even if it meant sustaining ridicule and shaming.

During the time of her growing faith, there had been a tiger on the lose who was terrorizing the village. The men were always setting traps and trying to capture the tiger and stop it from taking their livestock. Nothing worked. The children we told to always go get water in groups and during daylight. This little religious girl found it easier to get her water after the older children were done, to avoid being bullied.

On one of her last water runs, she stayed back longer than usual, as the older children took longer to get their water. As she got her water, the feeling of being followed made her hair stand on ends. The footfall behind her was not human. Her mind raced with possibilities. Out of dread, she started worrying that it was the tiger following her in the brush. She remembered the teachings of her spiritual leader… always pray in times of distress.

Placing her water jug down, she got on her knees to pray. During her prayer, she heard intense rustling of the brushes. Not wanting to stick around long, she grabbed her jug and ran home.

The villagers were unusually festive and animated that evening. The warriors had returned with chanting and cheering. The chief seemed in deep thought. Eventually, the story started to come together. The lead hunter had reported seeing the little girl stop in mid track to kneel and pray for no clear reason. As she knelt, the tiger sprang through the air and missed her and landed in one of the traps set by the men.

They concluded that her new religion had power. Something about the practice of praying protected her. It created quite a stir and the villagers agreed to ease off their teasing of her faith, as no one else had been able to stop the tiger. Several inquired about her faith and opted to learn more about this praying deal that had saved her life.

Today, we dive into rituals, routines, and traditions from the perspective of improving the quality of our homes. As CEOs of the home, it’s in our best interest to move our families forward towards a better state of being.

Empowering the home through rituals and traditions

Every family has their traditions. Every home has their habits and rituals. It’s not often seen as a big deal. It shouldn’t either. Most adults have their preferred ritual for starting their day. Why else are the coffee makers fighting to be the brand that is included in the ritual morning? Guaranteed profits for sure. It’s just part of waking up in many household, coffee.

For simplicity, let’s start with a well known ritual in many households. Saying Grace. Usually, someone will give a nod or call the family’s attention, then everyone will get into their position for grace. Some fold hands, others hold hands, some bow their heads, etc. Either someone says grace, or there is a grace song, or some means of doing grace. The “Amen” concludes the ritual of grace over food. Everyone returns back to the liveliness they’re accustomed to and everyone eats.

Because rituals are easy, simple, and cheap, anyone can learn it, anyone can participate, and it requires little advance planning to set up. Children learn many basic principles and habits through rituals. Just think of how many families have a “clean up time” song to help little ones understand the importance of cleaning up.

Bonus, rituals are very easy to repeat anywhere. You can do them in a hotel room as easily as the living room as in grandma’s house. Visitors can quickly catch on to the family’s rituals and participate. They’re easy to teach. Notice how it doesn’t cost a thing for most rituals?

Traditions have several rituals built in

The collection of similar or common rituals give rise to traditions. Think of Thanksgiving Dinner. There are many aspects to the event that is steeped in rituals. The compilation of such rituals give rise to the tradition of Thanksgiving at your house. In ours, we dress up special, have a period of humor, the grown ups go one way and the children another. Somehow, we all seem to know when to flock together for a special prayer service followed by a set order of getting the food and having a blast.

In other families, there is a big game on the television followed by eating. Other families, they go out and serve others and give back to their communities before the meal. Whatever the combination of rituals are, they add up to the tradition that a family has around a specific topic or event.

Traditions are a bit more complex, may require some effort to set up, get participation. Some may involve a bit of cost. It’s also easier to slip into the culture of the family. It gives a sense of ‘normal’ and familiar to members of the family. It distinguishes the feeling of home from other homes.