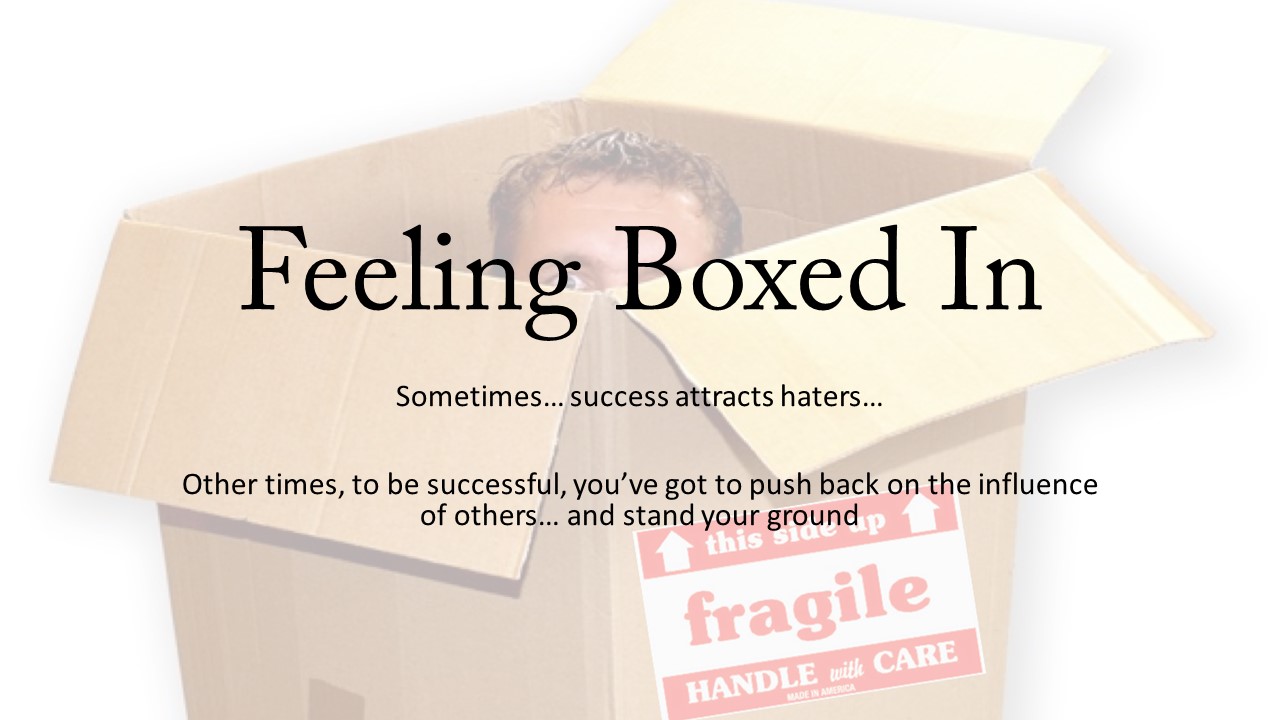 The road to success, as a family, is not always a clearly defined journey. Each family has to traverse it’s own adversities that are unique to their time as well as those similar to many other families. Yet, the feeling of being alone in this rat race is a common refrain many will utter.

Many heads of households can experience moments when they feel boxed in. They have to provide but they’re being challenge in how they should provide. They’ve got choices to make and no clear playbook on how to proceed. To make all of this broad strokes of words make more sense, let’s paint a better picture with a story or two.

The economy has changed and jobs are shifting industries. Promises have been made but companies aren’t keeping them. The heads of household now have the difficult set of decisions to make that will have a huge impact on their children. Do you move or do you keep your fingers crossed and hope for the best.

The children are in private school, their grades are amazing. The parents want to eventually go back to school and move up the ranks because their current positions will get phased out to automation. However, the changed tax landscape has not only made the cost of owning their lovely home very difficult, the raised interest rates on debt has made keeping up with bills that much more difficult.

If they leave the workforce for school, income gets cut and children have to go to public school… which is not nearly as good as the private school of choice in this particular neighborhood. They own too much on the house to get a good deal on selling but they don’t have enough credit to get a good deal on a cheaper house.

This family is feeling very boxed in. Especially when you add that they’re also supporting their aging parents as well as extended family abroad.

To make matters worse, one of the guys at work has a brilliant idea for a side hustle that could make a lot of money happen in the near future. It would mean skipping out on going to church and all the games of the kids for two years before the cash-flow fixes everything.

What should they do?

While their profile seems very similar, their income is smaller and they’re renting compared to family one. They’re living paycheck to paycheck and their kids are in public school barely getting the quality education their parents want for them. Most of the ground is made up at home with extra homework that keeps the kids from joining sports.

Both parents are giving up a lot of their dreams to supplement the education of their kids. Their relationship is taking a beating as they argue about how much extra help is too much or too little. They don’t vacation anymore, as the funds are too tight. The kids, who need time to run and be children, are starting to resent the pressure to outshine and outperform their peers.

Worse, a few neighbors have gotten jealous of the progress of these children have taken on poking fun at the parents. Even pointing out any oversight of housekeeping to the local neighborhood association. This triggers extra scrutiny not only from the neighbors, but also the school and social workers department who want to make sure the children are not being abused in any way shape or form.

The recommendations is that the family is too religiously preoccupied and are neglecting the social well being of their children by not allowing them to socialize and participates in sports with their peers.

The parents feel like big brother is stepping over their rights and freedoms but they can’t afford legal counsel to understand their options.

Being that they’ve grown up in this neighborhood, they’re not clear on what other options they have that will not hurt their budget, should the opt to move.

What should they do?